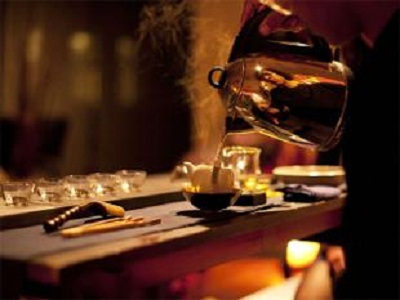 The Premium Makaibari tea that is well known in Darjeeling that was priced at Rs 1.11 lakh per kg in the last year is now all set to enter the Dubai market. The company is in discussions with the upmarket luxury food chain Bateel in Dubai to sell its tea as the demand for premium quality tea is on the rise.

In Dubai, coffee is considered the most favored hot beverage, but the tea sales have also seen a quick increase in the Gulk nation. This is helped by the arrival of Arabic expatriates from countries such as Egypt, Syria and Lebanon due to the tension that persists in such countries, claim the industry officials.

Regarding this, Rudra Chatterjee, the Director of Makaibari Tea Company stated that they are bullish on clinching a deal with Bateel within a month. Makaibari has launched its new portal to help the buyers so that they can directly source the finest teas right from the garden.

He continued stating that they have received a very good response for this initiative. The tea is being sold via the duty-free shops in the international airport of Mumbai.

Notably, Makaibari re-launched its packet tea with the brand name Apoorva for the experts of the premium Darjeeling tea. The brand created a record by booking the orders at a record price of $1,850 per kg in the last year. The orders primarily came in from Japan, U.S. and the U.K. He stated that they are expecting a similar price this year as well.

Last year, this offer happened around September. Going by the same, there is some time left for this to happen. Makaibari tea estate located in the Kurseong area produces one lakh kg of tea and it is one of the oldest tea estates located in that district.

The factory of the tea company was set up in 1859 and it is the oldest tea making unit in the hills. The Makaibari Tea was owned by the Banerjee family for about four generations and the present one Rajesh Banerjee sold around 90 percent of the stake to Luxmi Tea Company in the last year.

The tea exporters in Darjeeling are facing a rough patch as the foreign buyers are not willing to compensate them for the exchange rate losses.

Passionate In Marketing - September 16, 2020
0
Urban Cruiser Toyota's latest compact urban cruiser is to be launched soon, and the company is rewarding the purchasers who...