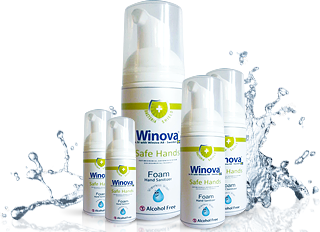 June 29,2013: Shivarams Associates and Sweden based Winova Technology AB has announced the launch of hand sanitizers and other bacterial shield products in India which would be alcohol free. The initial launch would be focused only in Tamil Nadu and the both the companies expect the products for industrial and domestic applications to be rolled out in next three months.

Speaking on the occassion of the launch Philip Wilhelmsson, CEO & MD, Winova Technology AB in the presence of Venkatesh Sivaraman, MD, Winova said that initially the variants would be sent in special tanks from its plant in Sweden. The joint venture of Winova and Shivarams wold be rebottling and marketing the solution in India.

The products which would be launched in the Tamil Nadu market, the size of which is said to be Rs. 250 crore from this JV includes hand sanitizers, home guard for floor protection, solution for babies and many more. The company which also has plans to launch kitchen cleaners and bathroom disinfectants expects to capture 20 to 25 per cent market share in the first year of the launch.