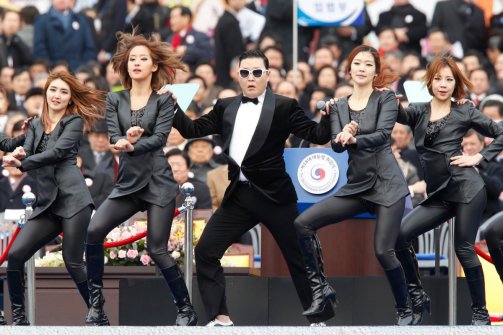 April 12, 2013: After creating a sensation with “Gangnam Style” Psy is ready with his next album ‘Gentleman’. The South Korean singing sensation informed in a teasing video message that the new video album would be livestreamed on YouTube. In what appears like another dancing style after the huge horse riding dance hit, the 35 year old rapper promises it to be the next big dance craze.

In a YouTube blog with a link to the video it was informed that the world can witness a livestream of ‘Gentleman’ on Saturday from a concert to be held in Seoul World Cup Stadium. It would be livestreamed from 6:30 p.m. Korean Time. April 13 would be the day when the world would be witnessing the new single from Psy.

The world would be eager to watch the next big dance move from Psy after ‘Gangnam’ style became the most watched video on YouTube. It registered more than 1.5 billion views on YouTube since its debut. It would be interesting to note if Psy would be able to repeat his magic or just remains a one song wonder.