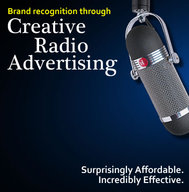 Social media marketing is indispensable for individuals and industries alike nowadays. This tool is being extensively used for constituting and completing an efficient and effective media mix. With the rise in marketing practices and product promotion through the use of Facebook, Twitter, etc, the thought of radio marketing may seem risky, ‘outdated’ and conservative.

Greenlam laminates; however is out to change this existing mode of thought by venturing into radio marketing for their product promotion. The rank for the media mix constituents may be as: Social media, Television, Print media and finally the Radio. Manish Kakkar, the Senior Brand Manager at the Greenalam laminates, puts it this way, “We want to interact with the customers directly.” He plans on tapping the real potential of this medium; the word of mouth, which is incredibly capable of connecting with a large audience while they are on the move especially in the busy metros.

The television, newspaper and the radio were once the major players of the media mix for any industry for introducing a new product or simply to increase the sales. The Greenlam laminates focuses on a niche market and uses the radio for on-air and sound branding. Kakkar plans on spending 10 percent of the Rs.10-12 crores for radio marketing targeting on a demographic market of listeners above the age of 30 years and in the SEC A or A+ class category. The company wishes to be a brand name for laminates in an unorganized industry, and the only possible way is to reach and connect with the customers in every possible way starting from the ground level and elevating; from Radio to Social media.

Greenlam started off its first phase of marketing efforts with its association with Red FM which was followed by a television commercial. The second phase was executed by allowing people to decorate a virtual Taj Mahal with nearly 500 laminates of the company in seven major cities. This brought in tremendous response from all the major cities of Delhi, Pune, Mumbai, Banglore, Hyderabad, Kolkata and Chennai.

The final stage was where the radio comes into play. The RJs of Red FM in these seven cities were to own one virtual Taj from their respective cities which later resulted in an RJ war. The winner was selected through SMS ratings and through Facebook entries. The winning Taj was to be made into a life size image and Greenlam had declared to decorate the home of the winner.

The marketing strategy of Greenlam commenced and concluded with the radio as the chief player of the media mix, keeping other constituents united, complementing and supporting each other.

As Kakkar had stated, the success of a marketing plan is when all the constituents or the marketing medium are working as one unit towards the promotion and marketing of that particular brand or product. The ultimate aim is nothing but to communicate, connect and have a contact with the consumers, thus bridging the gap between the brand and its target market.