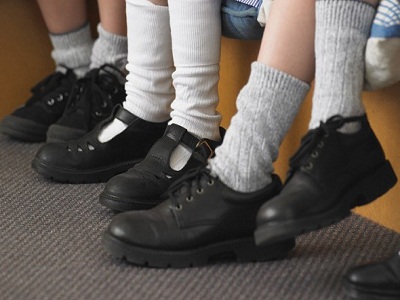 DEIEM India, the firm behind the manufacturing of REX Brand School shoes has announced that is has signed an agreement with Reliance Retail. The agreement is focused to enable the marketing of its products at the outlets of the latter.

As per the MoU signed by the two firms,RexSchoolshoes and REXGOLA will be retailed via the Reliance Retail stores in the leading cities inIndia. This information was revealed by Satvinder Singh Madaan, the Chairman and Managing Director at DEIEM India Pvt Ltd in an official statement.

TheDelhibased school shoes manufacturer has already received the first supply order from the Reliance Retail stores that is run by the business arm of Reliance Industries. The executive further added that DEIEM Indian is expecting to witness a major jump in the sales of school shoes as it has tied up with Reliance Retail.

Reliance Retail has been in the headlines in earlier this month as the retail unit of Reliance Industries announced that it is preparing o enter the e-commerce industry. Well, the firm had been hiring for its online preparations and it is all set to compete with others in the segment. It has been providing almost double the salary to those it is hiring.

It is currently focusing on the fashion and apparel categories and is creating a buying and merchandise team with knowledge about the subject. The name of the platform is still not finalized and it is in plans to setup kiosks to let consumers to place orders and products will be directly shipped to them.

Other than fashion and apparel, Reliance Retail is also in plans to start selling electronic products such as tablets, smartphones, televisions and laptops online. However, Reliance Retail is planning to launch the e-commerce business in the coming months and it is targeting the category and planning teams that are operating in major firms in Bengaluru. This way, we can expect theRexSchoolshoes to also go on sale via the online portal of Reliance Retail in the future.

Passionate In Marketing - October 24, 2020
0
According to the current pandemic situation the usage of sanitizer and handwash increasing rapidly. Everyone started to use it themselves to get...