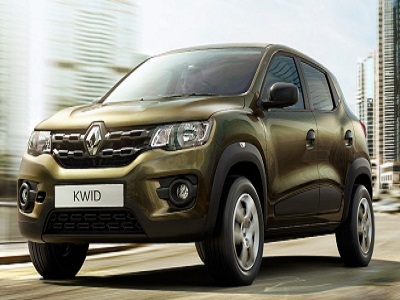 The latest entrant of Renault India Kwid, the entry level hatchback model has received a good start with 25,000 bookings in just two weeks of its launch. The Kwid will take on the popularity of the best selling entry level models including Hyundai Eon and Maruti Suzuki Alto. It has managed to grab the customers’ attention with its aggressive price tag of Rs 2.56 lakh to Rs 3.53 lakh and its SUV styling.

Of the 25,000 bookings, almost 35 percent were from the tier II as well as tier III cities including Nashik, Nagpur, Rajkot, Ludhiana, Jalandhar and other towns. Around 40 percent of the buyers are of an average age of 28 years and around 15 percent were female buyers.

The Managing Director of Renault India, Sumit Sawhney stated that they have been able to create excitement across geographies and demographics. It is definitely a game changer for the company. The booking number shows the recognition of the customers on the Renault brand. The fuel economy as well as low maintenance cost is widely cited by the prospective buyers in selecting the vehicle.

The Kwid is sold across 175 outlets that will be expanded to 210 by the end of this year. The manufacturer has experimented with an application that is product specific and virtual showrooms in order to reach to the customers in regions without showrooms. The company states that the Kwid app has witnessed around 2,30,000 downloads and it enables the customers to get a better understanding of the product and book one as well.

The Kwid has shaken the entry level car market segment priced below Rs 4 lakh. This segment accounts to 25 percent of the whole market. The highlight of the Kwid is its aggressive pricing that is Rs 30,000 lower than Alto’s base model and Rs 54,000 lower than Eon’s base model. The vehicle is expected to increase 5 percent of Renault’s market share in five years.