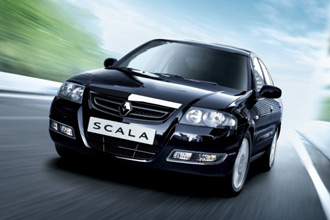 Jan 12, 2013: Renault which launched Scala in September 2012 has launched its automatic version Scala CVT. The company which has already sold 3000 Scala since its launch expects the automatic version to boost up its sales. Renault Scala CVT which features X-tronic Continuously Variable Transmission, for the time being will only be available in petrol variants, RxL and RxZ. The automatic version promises a better fuel economy than the manual version and is said to be best in its class. The company claims a mileage of 17.97kmpl (ARAI tested) for Renalut Scala CVT. Scala CVT is rumoured to be priced in the range of Rs.8.25 lakh – Rs.9.10 lakh and will face some stiff competition from Hyundai Verna, Volkswagen Vento, Honda City and others.