July 14, 2014: For the first time TVS Motors have exceeded the sales figures of Bajaj and thereby occupying the third position in the sale of scooters behind Hero and Honda. The data issued by industry body Society of Indian Automobile Manufacturers for June and for the April-June quarter indicated a bullish run for TVS Motors because of its multiple products in the market ranging from scooters and bikes to mopeds.

Experts believe that Bajaj has been overthrown from the third position because it exited the scooter market segment which it dominated of years some years back and focused on motorcycles. But according to Bajaj Auto MD Rajiv Bajaj, “Bajaj’s strategy is to dominate multiple markets in one category, whereas that of our domestic rivals appears to be to dominate one country – India – in multiple categories.” He further adds “As a global company with a huge exports base, we are primarily the No. 1 by far in terms of profitability.”

The other players like Hero and Honda also have multiple products like scooters and motorcycles catering to different market segments.

Speaking about this Abdul Majeed, partner and auto expert at PwC India  was quoted as saying “A few years ago, Honda displaced TVS Motor and then Bajaj Auto to take the second spot, while now TVS has trudged to the third spot, signalling the shifting dynamics of the Indian market and shifting customer preference.” TVS Motors had recently launched a new scooter, Jupiter and it is doing extremely well and notching up volumes for the company. According to industry experts TVS Motors has sold more than one lakh scooters in the first quarter. In the Indian two wheeler market which is valued at 14 million units scooters are considered to be the fastest growing segment and is said to be growing at 29 per cent in the first quarter ended on June 30. 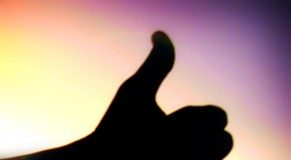 The 10 principles of ‘Fair Trade Businesses’

Samsung Galaxy A5 and Galaxy A3 Announced Officially

Analytics Process Outsourcing – Why is it a Big Deal?

Understand the Nuances of Social Marketing