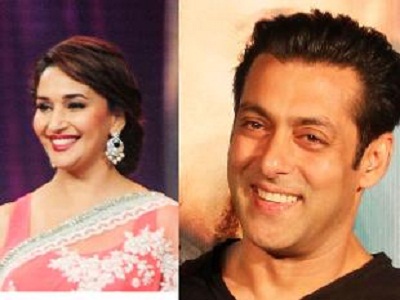 PN Gadgil Jewelers based in Pune has entered into an agreement with Bollywood actor Salman Khan to endorse the brand that exists for around 183 years. This information was revealed by a top executive of the firm and it is claimed that the jeweler has also extended the contract to the Bollywood diva Madhuri Dixit.

Eventually, Madhuri Dixit will be the brand ambassador of PN Gadgil Jewelers across India and also provide support for brand’s range across the global markets. This move comes prior to the company’s plans to debut with its operations in the Gulf regions. Notably, Salman Khan is quite popular in the Gulf and both Salman Khan and Madhuri Dixit have a huge fan base in the United States as well.

Regarding this, Saurabh Gadgil, Managing Director at PN Gadgil Jewelers said that Salman Khan has signed a three year brand endorsement contract and Madhuri Dixit has signed a two year one. The executive believes that the fan following of the stars inIndiaand overseas will be helping them in their future expansion plans. It is also claimed that the association of the brand with the stars will aid them in presenting their objective of brand values to the global customers.

It was also added that this is the first time that Salman Khan has become the ambassador of a jewelry brand. Earlier, he had appeared for Gitanjali’s Sangini lineup of jewelry alongside Kareena Kapoor Khan. But, he is the full fledged brand ambassador in the case of the Pune based firm. He will be promoting the gold, platinum, silver and diamond range of jewelry of PN Gadgil Jewelers.

Notably, the jewelry brand has drawn an ambitious retail expansion plan for the upcoming 15 to 18 months time period. The firm is all set to open a store inDubaion February 19. It is at this time that the PN Gadgil Jewelers have roped in the two stars to endorse its brand. The brand is aiming to open stores in other regions such asQatar,OmanandBahrainas well within 18 months of time. They are also in plans to add another store in theUSmarket focusing onLos Angeles, while their first one is inSilicon Valley.