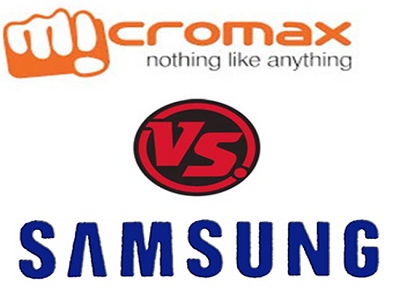 The lucrative Indian smartphone arena has become a strategic market for several manufacturers across the globe, but this has not stopped the homegrown firms from exhibiting their capabilities. So far, Samsung was the top player in the country followed by Micromax. But, this situation is all set to change as the native manufacturer is reportedly said to have dethroned the South Korean tech titan from the top position.

A recent study byUKbased research firm Canalys claims that Micromax managed to ship 22 percent of the smartphones that entered the country in the last quarter of 2014, whereas Samsung accounted to only 20 percent of the total. Contradictorily, Counterpoint Technologies based inHong Kongsaid that Samsung still leads the Indian market with a market share of 27.4 percent, whereas Micromax stands at 19.5 percent.

Regarding this, Warsi stated that there are numerous research firms and several tactics that each one works with and hence, there is discrepancy and difference in the final numbers. The executive added that the firm is going by the figures revealed by GfK that is a widespread firm that measures OTC retail sales from across 50,000 Indian citis.

On the other hand, Rushabh Doshi, an analyst with Canalys backed the report stating that Micromax has been effective in the market with its competitively priced offerings in the price bracket between Rs 9,000 and Rs 15,000. Also, its relatively cheaper Canvas lineup of smartphones has helped it achieve better response from consumers.

Samsung is hopeful that the Tizen based Z1 being first low cost smartphone from the vendor priced at Rs 5,999 will be reviving the sale figures of the firm in the entry level segment. Also, the executive revealed that the firm is planning to launch variants of Galaxy Core Prime and Galaxy Grand Prime in the market with affordable pricing in the coming months.