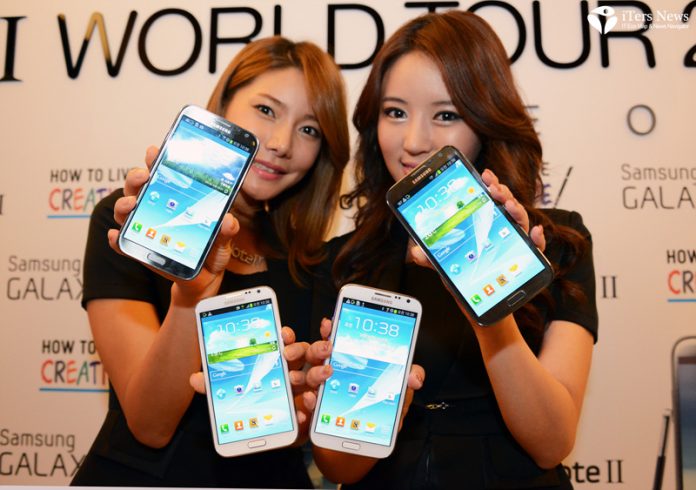 Feb 12, 2013: Samsung has brought down the prices of its premium smartphones Galaxy SIII and Galaxy Note II. This was announced by the company on Monday. Samsung Galaxy SIII which was earlier available for Rs. 31,990 will now be available for Rs. 28,990 and its phablet model Samsung Galaxy Note II which was priced at Rs. 36,900 is now available at Rs. 35,900. The company has brought down the rates by 3%-6% in the anticipation of fuelling growth in above Rs.20,000 smartphones category.

The prices this year beginning of both Galaxy SIII and Galaxy Note II has suddenly seen a huge dip since it was launched last year. At the time of launch Galaxy SIII and Galaxy Note II both were priced at Rs. 43,180 and Rs. 39,990 respectively. According to industry experts Samsung is planning to come out with Galaxy SIV and many more products in the Galaxy range and this might be the reason for the price cut. Since the new Galaxy SIV might be priced at more than Rs. 40,000, it is trying to keep its earlier models in the Rs.20,000 to Rs. 30,000 smartphones segment which has brought the maximum volumes for the company.

Passionate In Marketing - October 11, 2012
0
There was a time when purchasing a branded product was considered as a luxury or it was a moment of pride if one booked...

Google CPC drop comes to a halt in January 2013