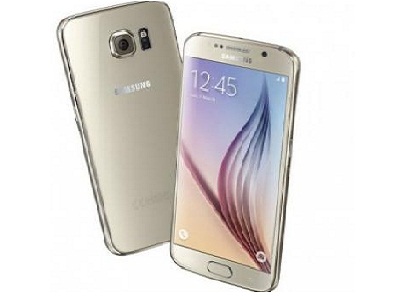 Within a month of its announcement, the Samsung flagship models – Galaxy S6 and Galaxy S6 Edge have been launched inIndia. The devices are in pre-order and they will start shipping from April 10. Those who pre-order the device will receive one-time screen replacement with payback points that will be useful when the firm comes up with trade-in cashback schemes.

Samsung has enhanced the design of the smartphones by incorporating a change in their build as it utilizes metal instead of the usual polycarbonate plastic build. The device is made of metal and glass all over making it premium. Besides being premium and durable, the design is refreshing and different.

Also, the Galaxy S6 Edge has been given a refreshing dual edge display design that lets users to view notifications and other information on the side displays.

The Galaxy S6 and Galaxy S6 Edge boast of a 5.1 inch Super AMOLED Quad HD display with 2560×1440 pixels that translate to approximately 572 ppi pixel density. Also, these panels are layered with Corning Gorilla Glass 4 protection on top. The handsets make use of an in-house 64 bit octa core Exynos 7420 chipset based on 14 nm architecture. There is 3 GB of RAM that aids the chipset in both the latest Samsung offerings.

For imaging, the Galaxy S6 and Galaxy S6 Edge boasts of a 16 MP sensor at their back as in the Galaxy Note 4. It is claimed that Samsung has used faster f/1.9 lens with bigger aperture. Eventually, the device can capture increased amount of light resulting in better photos translating to better low light photography. There is a 5 MP front facing camera with f/1.9 lens.

The Samsung smartphones are available in three variants – 32 GB, 64 GB and 128 GB of native storage space that cannot be expanded further as there is no micro SD card slot onboard. There is a 2,550 mAh battery in the Galaxy S6 and a 2,600 mAh battery in the Galaxy S6 Edge. These batteries support ultra power saving mode for extended backup, wireless charging to recharge them on the go and fast charging that can quick charge the batteries from 0 to 50 percent in 30 minutes. The downside is that both are non-removable batteries.

Samsung has bundled its own mobile payments called Samsung Pay along with these devices. It lets users to use their debit/credit cards and pay for their purchases right from their smartphones. This is made possible via NFC and Magnetic Secure Transmission technology.