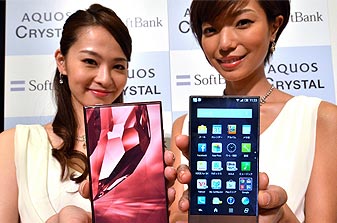 Aug 19, 2014:  An earlier report projected Micromax as the leader in Indian market overtaking Samsung. Well, as per an IDC (International Data Corporation) report published recently, Samsung is the still leader with a market share of 17% and this is followed by Micromax with a share of 14% and Nokia Oyj at the third place with 10%. These figures are for the second quarter of the year 2014. The Vice President and General Manager of IDC South Asia, Jaideep Mehta has made it clear that Samsung might be the leader for now in the market, but it has an increased probability to lose this position as the homegrown brand Micromax is growing its market share at a faster pace. According to the analysts, Samsung will have to focus on the low-end market aggressively if they want to retain the market leadership.

When it comes to the smartphone market, Samsung dominates clearly with a market share of 29%, while Micromax has 18% share. The other vendors in the top five list includes Karbonn, Lava and Motorola that have meager market shares such as 8%, 6% and 5% respectively.

IDC has observed that it is low-end sub $200 smartphone segment that has witnessed a huge increase in shipment volume. Consequently, this segment has contributed 81% of the overall sales in quarter that ended with June 2014. As the homegrown manufacturers are the ones who focus on the entry-level market segment largely, there is a higher possibility for them to grab a major chunk of the market share in the coming years.

Passionate In Marketing - May 18, 2014
0
May 18, 2014: Taking cue from the success of recently released Bollywood and Hollywood movies both India and abroad Hollywood Studio Relativity Media who...

Philips to re-enter with new range of mobile phones soon

Is it worth buying gold this Diwali?

4Ps – have they lost their real meaning?