In the first quarter of this year that is from January to March 2016, Samsung surpassed Apple and emerged as the market leader in the premium smartphone segment in India. This was possible for Samsung as it released its flagship Galaxy S7 and announced price cuts on some of its earlier popular models.

Both Samsung and Apple were neck-toneck in the last quarter of 2015 and different market research agencies announced different vendors as the leaders. Now, the Korean vendor has moved ahead of Apple with an increase in the sales of the smartphones priced above Rs 30,000, state GfK and Counterpoint Research. These two agencies are the biggest ones tracking the handset sales in India.

Counterpoint Research, the shipment tracker based in Hong Kong stated that Samsung’s volume share increased to 62 percent from 35 percent in the first quarter of this year in comparison to the previous quarter. On the other hand, Apple’s volume share dropped from 55 percent to 37 percent.

The drop in the volume market share of Apple happened despite the increase in iPhone sales in the country by 56 percent. Apple has reported its very first drop in the quarterly sales in 13 years, but it still has its hopes pinned on India.

As per the industry executives, Apple is losing its ground in India because of the online discounts on iPhones that had led the physical stores to cut down the stock. 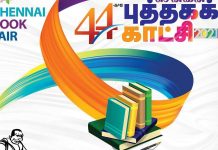