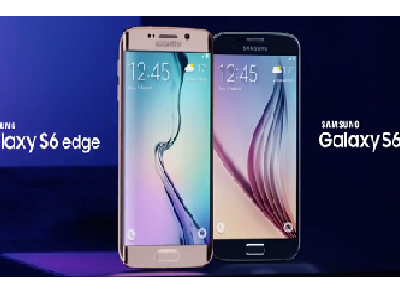 Samsung unveiled Galaxy S6 and Galaxy S6 Edge smartphones at the pre-MWC Galaxy Unpacked 2015 event on Sunday. The smartphones run on Android 5.0 Lollipop and are layered with the new TouchWiz UI with improved speed and no bloatware. Both the devices feature Gorilla Glass 4 protection on their front and back panel and there is metal at the center.

Notably, Samsung flagships were preferred as they supported removable batteries and expandable storage, but not anymore. Well, the Galaxy S6 and Galaxy S6 Edge do not have a micro SD card slot and there is a non-removable battery. The home button on the smartphones is integrated with fingerprint sensor and doubling pressing on the same will trigger the rear snapper in 0.7 seconds.

Unlike the Galaxy Note Edge, the S6 Edge features two side edges as claimed in the rumors. The edge is responsible in firing subtle features such as contact manager, missed call notifications and more. Besides the curved display on the sides of the S6 Edge, both the smartphones are pretty similar internally.

The Samsung Galaxy S6 and the Galaxy Edge house a 5.1 inch QHD 1440p Super AMOLED display with 577 ppi pixel density. Samsung has made use of a 14 nm process based Exynos 7420 octa core processor that combines four 2.1 GHz Cortex A57 cores and 4 Cortex A53 Cores clocked at 1.5 GHz. It is touted that the chipset can deliver a great power efficiency and render flagship grade performance. The chipset includes The processor used in the smartphones is aided by 3 GB of RAM and internal storage capacities such as 32 GB, 64 GB and 128 GB.

There is a 16 MP main camera with OIS, IR white balance, fast tracking auto focus, f1.9 lens and more. A 5 MP front facer is used in the Galaxy S6 and S6 Edge for selfies.