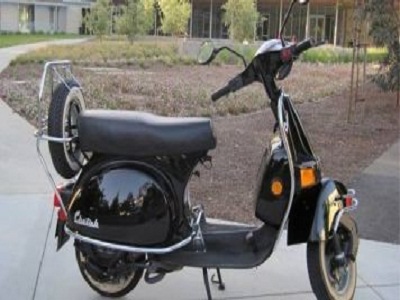 Back in the 70s and 80s scooters were the trend. There were waiting periods of as long as ten years for a Bajaj Chetak scooter due to its high level of popularity. In the year 2005, Bajaj, the Pune based manufacturer killed the brand as the scooter segment was believed to be dead.

Now, the scooter trend has made a powerful comeback. In fact, there is one scooter among every three two-wheelers sold in the country. The modern-day scooters are packed with features such as telescopic suspensions, alloy wheels, disc brakes, charging ports for smartphones, under-seat storage and other bells and whistles. Some of these features were a dream for the two-wheeler owners due to the lack of enough space. The latest generation two-wheelers look sporty, lithe and swish as the scooter design has witnessed a striking transformation.

Honda Motorcycle and Scooter India, the Japan based manufacturer became the first one in July to achieve a sales figure of 2.5 lakh units in a month. The company makes sure that its scooters possess a unisex appeal. The Activa launched in 2001 became the first scooter in the country to sell over one crore units. The firm is now in the process of setting up a facility in Gujarat to manufacture scooters.

Other two-wheeler manufacturers including Hero Motocorp, Yamaha and Suzuki are aggressively launching their offerings in the scooter segment. Piaggio based in Italy that wound its operations in India announced the Vespa lineup of scooters that have 60s and 70s designs.

The home grown two-wheeler manufacturer Hero Motocorp, which is the largest scooter exporter in the fiscal year 2014-15 is planning to unveil two new scooters. These are developed in-house and they will be launched later this month. The Duet and Maestro Edge are the models and these are unisex and take are aimed to take on Honda Activa.

Passionate In Marketing - July 4, 2020
0
Gold Loan NBFC Muthoot Finance has presented another memorable facility referred to as [email protected] service which helps the clients to gain some...