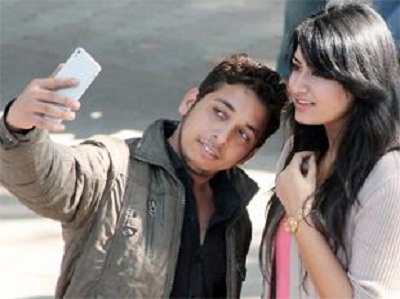 Selfie trend is on the rise largely and those smartphones and accessories that are seflie centric among the best selling products in India. Owing to this, the cheap and low cost digital cameras that were the favorite consumer products are losing their grip in the market.

Several manufacturers have come up with selfie focused smartphones and some of them are Sony, Nokia, Panasonic, Gionee, Karbonn, Micromaxa and Lava. The offerings that these vendors have launched feature 5 MP front facers and above. Of course, Apple and Samsung have done vast improvements to the front cameras in their high end smartphones.

Though the selfie trend debuted only sometime back, this segment of smartphones have accounted for over 4 percent of the 23 million smartphone market in the country in the third quarter of this year, claims data from Counterpoint Research. Also, the industry experts believe that this trend will get even stronger in the near future.

Regarding this, Tarun Pathak, Senior Analyst at Counterpoint Research stated that the cheap smartphone pricing and rise of selfie trend will definitely trigger more smartphone makers to launch such offerings.

Also, Hari Om Rai, Co-Founder and Director of Lava International that is positioned as the fourth largest smartphone manufacturer inIndiareveals that the firm has no stocks left of the Lava Iris X5 and Iris Selfie 50 smartphones that have been launched in the past three months.

As per Mobile Store, the largest phone retailer in the country, the sales of selfie smartphones has taken a giant leap from 2 to 3 percent in the second quarter to 10 to 11 percent of the total sales on a daily basis.

This situation is not only prevalent with smartphones, but also with selfie focused accessories. The selfie stick that can be clamped at one end of the smartphone to click a better photo is getting pretty popular and hence, they are selling well, claims Himanshu Chakrawarti, Chief Executive Officer at Mobile Store. The selfie stick and memory stick are the best selling phone accessories inIndiawith a pricing of Rs 2,000 that is pretty affordable to push their sales.

Passionate In Marketing - January 16, 2015
0
South Korea based Samsung Electronics has recently come up with an offer proposing to take over BlackBerry Ltd for a deal closing at $7.5...

Honda launches ‘Amaze’ in Thailand, to be launched in India in...

Microsoft to launch XBox One gaming console in India