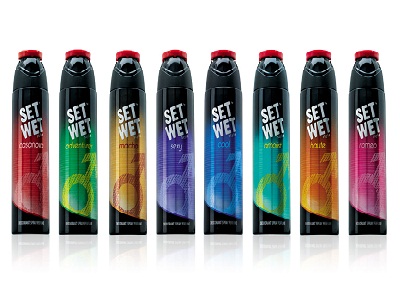 Set Wet deo has come up with a new campaign that features Ranveer Singh, the Bollywood actor. This campaign comprises of four television commercials that are set to a catchy tune. These have been conceptualized by Taproot Dentsu.

In one of these films, Ranveer Singh is a part of a group that is training in marital arts outdoors. He performs his moves in a different way attracting the young woman instructor’s attention. As she approaches him to correct him, he gestures inviting her for coffee in the garb of martial arts movements. At first, the lady walks away, but she turns back and smiles.

In another film that is set in a metro train, he stands next to a girl and looks to impress the girl. As the train reaches a station, he acts as if he is sucking in the air. He blows it out as the train comes to a halt making it look like he is blowing it away from the passengers who exit to clear the way for her to pass. The ad films end with a massage saying Sada Sexy Raho Dear.

The campaign also comprises of a couple of 10 second ad films. The Chief Marketing Officer of Marico, Anuradha Aggarwal stated that the Set Wet brand was re-launched with an all new positioning last year and it has worked well for the hair gel products. With the re-launch, Set Wet Deos has been aligned to the new model. The deodarant range is completely refreshed. Team Taproot Dentsu strikes a fine balance between making the Deos stand out and extending the gels positioning in the cluttered deo market.

Taproot Dentsu’s Senior Creative Director Pallavi Chakravarti stated that with the new range of fragrances, new packing, and Ranveer Singh, the new brand ambassador, Set Wet Deos has hit the market in a new avatar. They have refreshed the Sada Sexy Raho platform with a guy possessing his playful charm and confidence.

Passionate In Marketing - April 4, 2013
0
April 4, 2013: After the first mobile call was placed by Martin Cooper who worked with Motorala as the head of a team working...

‘Gangnam Style’ records more than one billion views on Youtube

Mc Donalds India on a spree to woo Indian Consumers with...