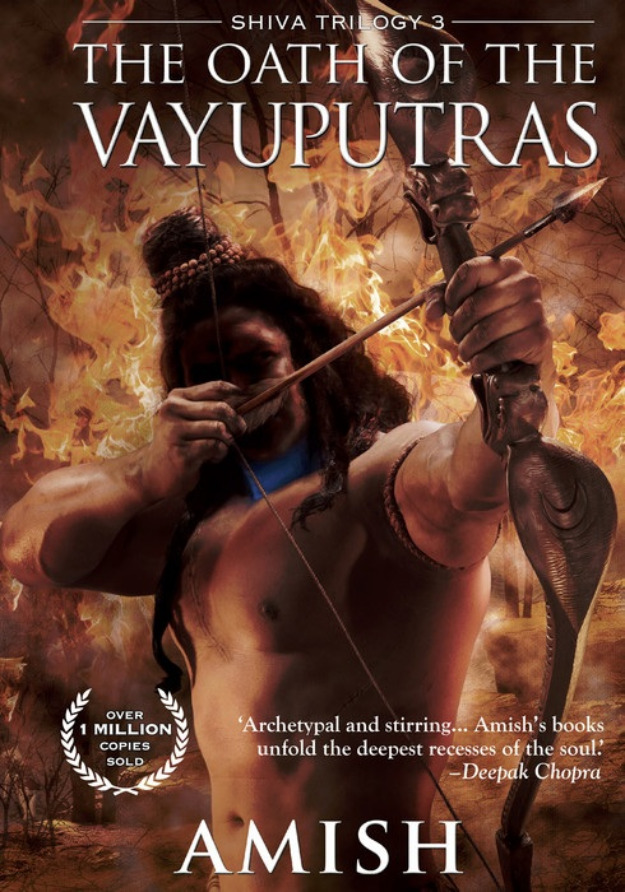 Amish Tripathi, the author of Shiva Trilogy is nonchalant about the recent attention he receives. His third book among the Shiva Trilogy: the oath of the Vayuputras is seeing scorching sales and this makes it the best seller among the Trilogy. The last book has captured the attention of everyone and retailers are seen placing heavy orders for the book.

Lord Shiva has showered his blessings on the author in an immaculate way and author has received Rs. 5 crore in advance for his upcoming books which is also a trilogy. The Publisher of The oath of the Vayuputras, Westland Books has reportedly printed five lakh copies and is in the process of printing another 50,000.

Nielsen, an analytics company which is currently tracking the sales of the book says that the book has been ranked No. 1 among the online sellers, retailers and independent sellers. Westland the publishing company of Tripathi’s books has also launched the trilogy in various languages namely Hindi, Marathi, Telegu, Malayalam, Tamil, and Bengali. The Hindi version of the book alone has seen a sale of 50,000 copies.

Amish Tripathi with this huge success with his books becomes the second author after Chetan Baghat to break the million sales marks. Both the authors with these unprecedented sales figures show that they have a strong grip on the pulse of readers and this makes their creations a success.

The author apart from making to the best seller list is also committed to becoming the “India’s first literary pop star”. The first book of the Trilogy “The Immortals of Meluha” will soon hit the screens as a movie by renowned filmmaker Karan Johar.

Nitin Pillai - October 22, 2021
0
Item investigation apparatuses are utilized to quantify and sum up information of the client associations with the product applications. To get the...