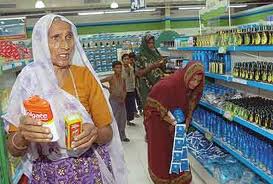 Shopping Malls became a status symbol for almost all Indian Metros. But availability of land space in big cities was difficult. Many business tycoons opted small towns to put up their shopping malls, not considering the demand from those areas.

The revenue from small cities is insufficient to cover the financial imbalances. People from metros will be reluctant to travel 10-15 kilometers for purchasing. Many large shopping malls in small towns were closed down due to non availability of consumers. Stand alone shops are supposed to survive in such areas.

Economist says, that the capacities were excess but the remuneration does not increase as per the expectations. Retail space supply increased with a decrease in retail demand. Major reason for the burst down is said to be the over estimation from the part of developers. Non-disposable incomes in the hands of youth are a major threat. Small town’s have only a limited population with low purchasing power and both these will not provide any variation in economical scale for retailers. Even foreign brands are opting to be in metros.

Many developers have stories to tell about the vacant spaces in their malls. In previous years two stores of Big Bazaar closed down in Ludhiana and Meerut and relocated to city centers. According to experts the growth in per capita income is not proportionate with the consumption of branded goods. The crisis also created unexpected financial loses to real estate dealers. They were expecting a land price hike in small areas by the entry of retailers. But the sudden drop of demand zapped the hopes. In Indore a 5, 00,000 sq.ft mall named Century 21 stands with 40% vacant space.

Retail expert’s claims that lose suffered by the retailers are mainly due to the ignorance. Without proper planning and knowledge about the geographical specifications as well as needs are considered to be the main causes of issue. Many developers are still waiting for some miracle to happen. As they cannot close down completely without suffering huge financial lose.

Multi brand retail space opened by Indian government for attracting foreign investment is claimed to open consumer spending and demand. But the not so encouraging conditions and unclear policies prevailing in the country has made the foreign retailers in multi brand like Carrefour and Wal-Mart to rethink the announcements about India plans. 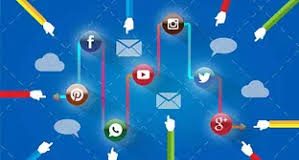 Passionate In Marketing - July 3, 2020
0
Banning of political ads on certain digital platforms is certainly a deterrent for the platforms to make ad dollars from the upcoming state elections...