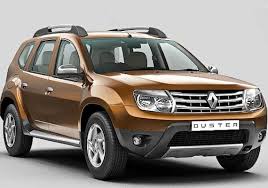 Nov 24, 2014: Honda Cars India made a big bang with the launch of its Multi Purpose Vehicle (MPV), Honda Mobilio. Since the launch of the vehicle in July, Mobilio was doing well in sales and it recorded the lowest in October selling 2,985 units that month.

Notably, Mobilio created exhilaration among potential buyers outselling other offerings Multi Purpose Vehicle segment that was dominated by Maruti Ertiga and Toyota Innova. As per theJapanbased car maker, the drop in the sales of Mobilio was due to the production restrictions.

According to data revealed by the Society of Indian Automobiles Manufacturers (SIAM), Mobilio has dropped to the eighth largest selling utility vehicle inIndia. Prior to the decline in sales in October, the Honda offering was in the fifth spot with a sales volume of 5,329 units in September.

As per Abudul Majeed, Partner at Princewaterhouse, this decline in the trend is primarily due the production constraints as claimed by Honda. Due to this, there have been drastic ups and downs in the sales of all the models from the car maker in the recent months. The other reason for the same could be due to the very good customer response during the first month of launch.

Coming back to the statistics of other vehicles in the utility vehicle segment, Ford Ecosport is in the fifth position inIndiaafter achieving 4,528 units of sales in October as compared to 4,515 units recorded in the previous month.

Mahindra Scorpio has come out as the biggest loser following Mobilio in this segment. The sales of the vehicle have dropped drastically from 6,060 units in September to 5,095 units in October. For this reason, Scorpio has slipped from the second position to the third spot in the segment. However, Mahindra’s Bolero is still doing well with 9,090 units of sale in October that is a relatively higher figure as compared to the 8,541 units sold in September.

While many vehicles witnessed downfall in their sales volume, Bolero and XUV have emerged as biggest gainers during the month of October. Four vehicles have recorded growth in this time frame, whereas the rest of them in the top selling utility vehicle segment have witnessed declined sales. On the whole, the entire UV segment sale has dropped by 9 percent selling 48,465 units in October as compared to 53,003 units in September.