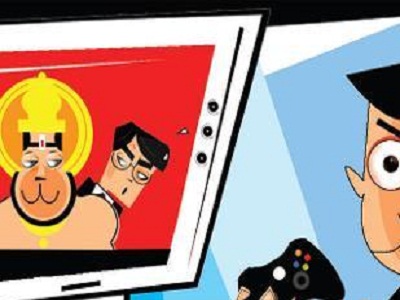 Narayanan Vaidyanathan based in Sunnyvale plans to do with his gaming company ‘toys-to-life’. They make the Indian folklore and the different entrancing characters easy to get to in a format that combines the physical and virtual worlds together.

Vaidyanathan, the CEO of Gamaya, the Silicon Valley company stated that they have a great warehouse of mythologies to lean back on. It is time that the kids look up to the characters except Harry Potter. The company started selling combo of digital games and smart toys in India and the U.S.

The attraction of the game is the book that also doubles as the gaming console. This is a portal that takes kids into the great epic of India. A character from the epic Ramayana has to be placed on the book that is Bluetooth enabled for the game to go live on iOS and Android devices. This will let the transportation of the character into the virtual world.

This Ramayana game can definitely hold the attention of the child for a month’s time. The more toys they have, the more they can play. While this game is for free, Gamaya will make money by selling the figureheads. It will be 10 for Ramayana at staggered intervals. A kid will definitely keep the game is more than a toy, and the character that the kid develops will be shown off to his or her friends.

Gamaya has produced 3D animated episodes to facilitate the understanding of the epic easier for the children as the complexity of Ramayana is high. The toys are manufactured in Hong Kong though they are designed in Sunnyvale. The Chennai office of Gamaya produces the Web series. Next year, Gamaya will focus on Japanese and Chinese folklore.

Gamaya is focusing on the global Indians as they afford to pay for the toys to derive value from the same. This way, the kids can get to know the Indian folklore.

Passionate In Marketing - July 10, 2020
0
DigiDarts, the leading Gurugram based digital agency has acquired the digital marketing mandate of Vogo, a scooter and bike rental service provider in Karnataka....