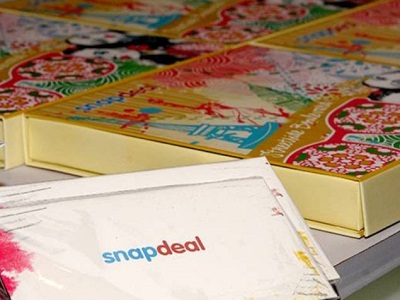 Snapdeal, the e-commerce company has launched a new service called Snapdeal Instant that is aimed to facilitate delivery of parcels to the customers swiftly within one hour of placing the order. Initially, this service will be made available in a trio of major cities including Delhi, Bengaluru and Mumbai. In two months, the company will extend this swift delivery service to eight other major cities.

The customers need not spend any extra money to get their orders delivered quickly with this new Snapdeal Instant service, but it is limited to the parcels that weigh less than five kg right now. Depending on the hyper-local delivery technique, Snapdeal will let the sellers ship their products to the consumers directly via its courier partners or fulfillment centers.

The new Snapdeal Instant service is aimed to improve the customer experience on the company’s platform further y facilitating faster deliveries as well as maintaining superior quality products. The customers can get their ordered products delivered within an hour after placing the order. This was stated by Ashish Chitravanshi, the Vice President of Operations at Snapdeal.

He further stated that the company has already witnessed a huge success with the innovative approaches that it has made in supply chain management such as reverse pick up within 90 minutes and four hour delivery. Likewise, the latest service is an initiative that is taken in the same way.

In July, Snapdeal reintroduced the Shopo following the acquisition of the marketplace Shopo that deals with selling artisanal goods. It is compared to the popular portal Etsy. The firm is expecting that the platform will host 1 million shops in the year 2016. Shopo charges no commission or fees to make use of of its platform. It also allows individuals and small businesses to establish their online shops via its app in an instant.

Passionate In Marketing - July 15, 2015
0
Suditi Industries Ltd. which got listed in BSE has grabbed the official apparel licensing right of the legendary football clubs Real Madrid, Manchester City and...

Canon India to increase the network of its retail stores, Canon...

Myntra all set to become only a mobile app based retailer

Designers tie up with E-commerce companies to take business online

Advantages and Disadvantages of Brand Extension