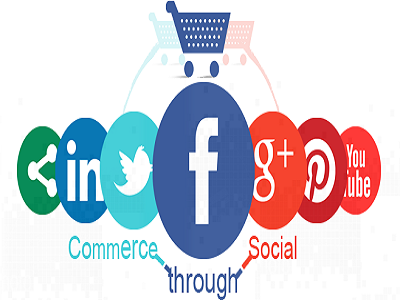 The festival season is approaching quickly, and the virtual world is playing a huge role in the shopping industry. The virtual world has progressed into a playground for both the sellers and shoppers. The etailers are providing huge discounts and they are coming up with innovative marketing gimmicks to lure the shoppers. Every day, the online portals are come up with some impressive deals so that the customers buy their products right in time for the festive season of Diwali.

On this occasion, the honchos of the India based etailers Flipkart and Snapdeal enjoyed a friendly duel on Twitter as the former’s website was down before the festive season sales.

The social has contributed to a major role when it comes to channeling of the shopping trends in the country right now. In fact, it is still continuing to play a big role in the industry.

As per the second Global Online Shopping Study conducted by Pitney Bowes, the global technology company, the social media is a huge contributor to the online shopping industry. Well, the study reveals that the Indian customers lead their global counterparts in being open to buy products on the social media platforms with a share of 27 percent. India is followed by Brazil with 15 percent and Russia with 14 percent.

Understanding the big opportunity, Twitter has also entered the battle with the introduction of the buy button for the shoppers to buy on its platform. From the perspective of Twitter, there are 6.4 million e-commerce related Tweets made in a year. The buzz surrounding the eshopping trend is huge, claimed Taranjeet Singh, the Twitter India’s Business Head. This shows that the Indian customers do a lot of online shopping of numerous products rather than restricting themselves to a specific product that they are looking for.