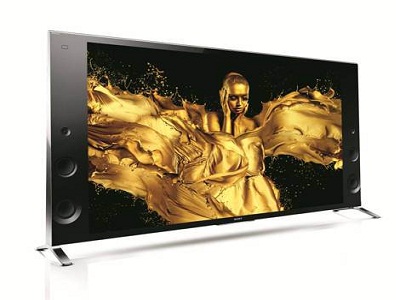 Of the six models, four of them are priced between Rs 1.74 lakh and Rs 7.04 lakh. Also, these models are available readily in the market. The other two models are claimed to hit the retail shelves by the end of this month revealed the company. All the six models flaunt a wedge shaped design that Sony claims to save more space and will render better sound quality as it allows larger speakers.

As they are 4K models with four times increased pixels on a FHD to provide sharper pictures. Also, they provide a good brightness range that will be twice brighter than conventional LED TV with the help ofX-tendedDynamicRangetechnology. This will enable in providing high dynamic range with increased brightness that can provide higher peaks and deeper blacks via its unique and exclusive backlighting algorithm.

In an official statement of the made by Sony during the launch of the six 4K televisions, it was claimed that the models will come with improved technologies. These technologies are clear to provide a combination of unique up-scaling and superior resolution technology.

According to Sony, these new 4K models will arrive with powerful picture processing engines and they can upscale the lower resolution images with the 4K X-Reality PRO engine. Furthermore, the models will support the HDMI 2.0 standard that provides the ability to display 4K/60p content that will be pretty useful while users are watching fast moving content like sports.

In addition, all the six 4K TV models that are launched incorporate a new decoder that supports the HEVC technology. This is responsible for better compression without any compromise on the picture quality, support USB playback and playback 4K/60p content from the Internet streaming services.

In terms of connectivity, the BRAVIA 4K TVs will arrive with MHL 3.0 and NFC other than the aforementioned HDMI 2.0. The new Social Viewing feature will allow users to access Skype and Twitter while watching the regular TV content.