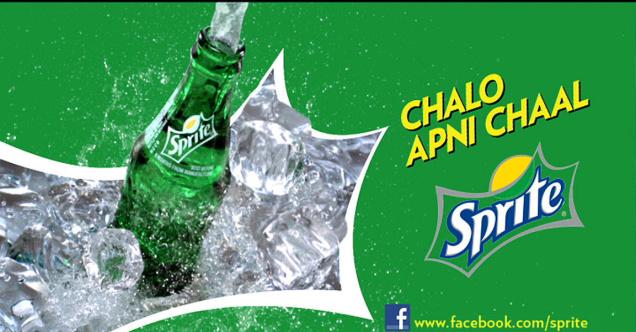 Jan 31, 2013: Coca Cola and Pepsi has always been fighting a pitched battle for market share around the globe and Indian market is no different. But in India it is a bit different as two of the brands from Coca Cola are the market leaders and Pepsi is a distant third. Thums Up with a market share of 15 per cent and Sprite with 14 per cent occupy the first and second positions whereas Pepsi with 11.2 per cent market (according to Industry estimates) occupies the third position. But Brand Coke is second only to Pepsi with 7.5 per cent market share. The soft drinks market has been dominated by cola, lime and lemony and Orange segment with cola segment estimated to be Rs. 5,000 crore in size, lime and lemony Rs. 6500 crore and orange segment Rs. 2700 crore.

Industry experts say that Sprite could well go on to occupy the top most position as they see ‘lime and lemony’ drink to take over cola thus Sprite becoming the largest selling soft drink brand in India. Sprite is all set to unveil its new campaign with a new tagline ‘chalo apni chaal’ this summer to give that needed push. The TVC has been conceptualised by Ogilvy & Mather and shot by Corcoise Films.

Rupesh Pal - April 15, 2021
0
Amazon announced to launch of its ‘Mentor Connect Programme’ in India on Sunday to boost the growth of startups and coming brand...