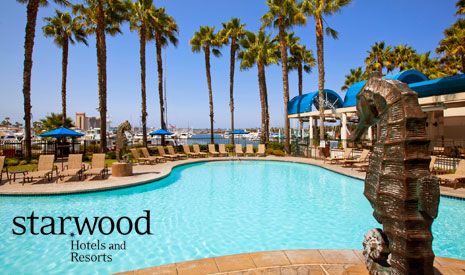 July 21, 2014: Starwood Hotels & Resorts Worldwide Inc which currently has nearly 1,200 properties both owned and managed properties in 100 countries and 1,81,400 employees has plans to have up to 65 operational properties by end of 2015 in India. The International hospitality major which currently operates 39 hotels in India under six brands would be launching these properties as part of its expansion strategy. The different brands under which Starwood Hotels operate in India are Luxury Collection, Sheraton, Le Meridien, Westing, Four Points by Sheraton and Aloft.

Starwood Hotels & Resorts India Pvt Ltd Managing Director, India, and Regional Vice President South Asia Dilip Puri was quoted as saying to PTI, “We will have a minimum of 15 new openings between now and end-2015.” He further added that, “Our goal is to have a 100 hotels either operating, in pipeline or management contracts signed by the end of 2015 and that 60-65 hotels will be opened and the rest under development by the end of 2015.”

As part of its expansion, Starwood would be investing mostly on brand building, people and training, technology, resources and infrastructure without disclosing any figure. Mr. Puri said the following about the company’s corporate strategy,” Our corporate strategy is to own brands and manage hotels either through a franchise or a management model and not be real estate investors.” The company would be focusing on Tier I and Tier II markets in India and promote Four Points and Aloft in the Tier II and some Tier III cities. The hospitality chain would be focusing on cities like Delhi NCR, Hyderabad, Kolkata and Tier II markets like Tirupati and Agra.

Starwood is also looking to introduce more brands in India and with that is looking forward to India as an important market. The company also have hotels under W and St Regis under development. With this eight out of our nine brands would be making its presence felt in India.” Presently India is the fourth largest market and the company is trying to make it soon the 3rd largest market.