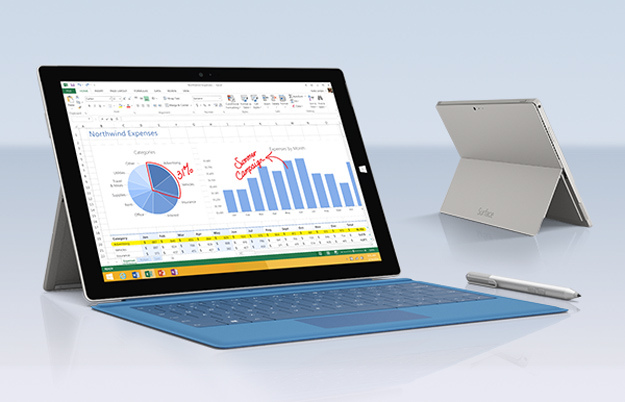 May 21, 2014: Microsoft announced launch of a series of tablet in an event organized in New York yesterday. The event was streamed live for viewers around the world. Mr Satya Nadella, the new CEO of Microsoft revealed the latest member of Surface tablet family – Pro 3. He started the session briefing on their vision for devices and service offering now being more centered around cloud.

You can view the webcast of the streaming event here

The official press release states that Surface Pro 3 is a tablet and laptop. It has a 12-inch screen supporting Full HD display, and powered by Intel® Core™ 4th Generation processor. It has an internal memory of 8 GB of RAM and its battery power can support up to 9 hours of web browsing. This tablet is positioned as a replacement option for laptops. It has a sleek, versatile design. It comes with a Kickstand that can hold it at any angle. Input devices like keyboard and pen have been newly stylized – with larger trackpads, new keys and an option to change the angle of the keys too. The pen can instantly convert typed texts to digital content. The sales of this device is expected to launch from June 20th and it may come at a base price of $799 in US market.