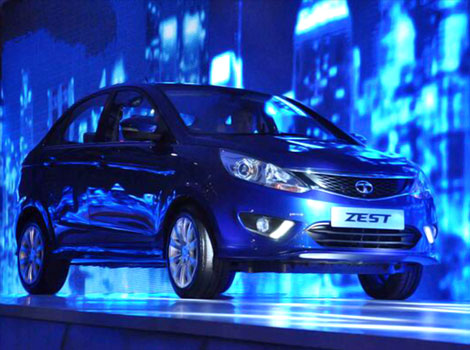 June 9, 2014: According to reports, Tata Motors is working on a new small car codenamed “Kite” and would be rolling out in late 2015. Though Tata Motors has not confirmed this but it is believed that Kite will be Tata Motor’s second tally boy design after the Nano. With the new small car “Kite” Tata Motors would be looking on to take on brands like Celerio of Maruti and Figo of Ford. Off late a lot of action is being seen in the compact car segment which forms more than 30 per cent of the total passenger cars sold in India.

Tata with its tall boy design for Kite would be looking to bridge the gap between Indica and Nano. The company would be looking to fully utilise the Sanand plan in Gujarat which rolls out Nano. Presently Sanand plant is not working to full capacity because of the not so impressive performance of Tata Nano. The Sanand plant has a installed capacity of 2,50,000 cars a year. Experts believe that with the launch of Kite, Tata would be able to spruce up the volumes in the domestic market. Tata’s performance in the domestic market has been on a downturn and the company has seen a 38 per cent decrease in the total sale of vehicles.

Tata has now started working on the Horizonnext 2020 strategy and as part of that has already announced the launch of a new compact sedan, Zest and the sport premium hatchback Bolt. The launch of these cars is scheduled in the next few months.

Passionate In Marketing - September 13, 2020
0
The upcoming electric two-wheeler (EV) version of Ola Electric's which will be the reconfigured version of Netherlands-based app Scooter Etergo BV, including...