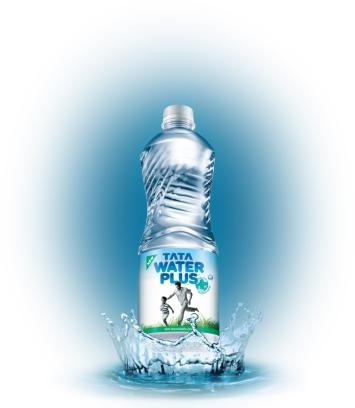 The new TVC of Tata Water Plus which has been designed by Daproot-Dentsu has been released in Tamil and Telegu. The campaign which personifies Thirst touches on the point of using thirst as an opportunity to gain health. ‘Ab Pyaas Bhujao Health Se’ campaign also informs the customers about the benefits of Copper and Zinc.

The TVC informs the customers that these minerals are good to strengthen immune system and support body functions. Speaking about the new campaign, Arvind Shukla, Vice President and Head, Marketing & Innovation, NourishCo Beverages Limited said, “Tata Water Plus is more than just drinking water, it is drinking water enhanced with the goodness of Copper and Zinc.”

Tata Water Plus is all set to launch a 360 degree marketing campaign by using different mediums. As part of brand activation in Chennai and Hyderbad they have created special health zones in Inorbit Mall in Hyderabad and Chennai. This was followed by personalised sessions by known nutritionist’s s well. Innovative radio campaigns with Thirst Checks are also being carried out through the day.

Author - May 23, 2022
0
The Tata Group is an Indian multinational conglomerate headquartered in Mumbai, Maharashtra, India. It’s one of the foremost important and most profitable...