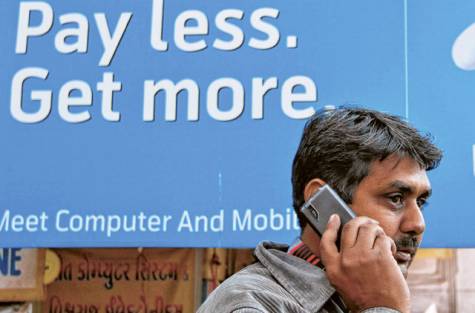 Telecom companies like Bharti Airtel, Vodafone, and Idea Cellular have come up with new offers as a move to woo customers. India’s largest Telecom service provider, Bharati Airtel has introduced a free roaming offer for its subscribers in Delhi. Under this plan, subscribers will have to pay Rs. 21 for a month to get free roaming offers when they travel to Uttar Pradesh, Jharkhand, Bihar, and West Bengal. However, Kolkata is excluded from the list.

Bharti Airtel is not the only company, free offers are pouring out from others as well. Idea Cellular limited which already left customers singing “Honey Bunny” is now bringing 3G smartphones at a price of Rs. 5,390. The smartphone also bundles up an offer of Rs. 1200 for its 3G customers. The phone is called Zeal which runs on Android platform. The freebie for customers buying this smartphone includes a 1GB free data usage for three months and free Idea TV for the same period at a small price of Rs. 261/-.

When Idea and Airtel have done their part to woo customers, Vodafone cannot remain a silent spectator. The company has come out with a distinct plan to take consumers to its court.  Angel stores are being launched by Vodafone as a part of its all-women consumer shops expansion. The retail store is first of its kind and will be managed completely by women employees. This is a face of company’s commitment to give Indian women a safe and secure working environment. An all women retail store will also welcome other women customers, and this will certainly enhance its market.

Services providers were earlier against the free roaming plans floated by the Government as they said it might cause them a loss of revenue. Certain Telecos, even told the Telecom Authority of India, that they will go on to   discontinue their roaming services altogether if the move was implemented. However, the current scenario sees companies coming up with the same non-roaming plans for its customers. Is this called marketing tactics or diplomacy at its peak?