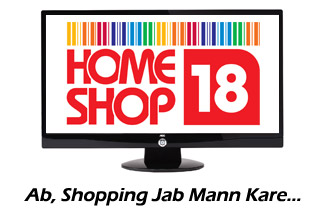 May 17, 2016: Retailing through Television is picking up fast in India and players like HomeShop 18, TVC SkyShop, Star CJ Alive and Naaptol have started giving stiff competition to online retailers. In an era when customers are increasingly doing shopping through their mobile phones, the presence of India’s television shopping players cannot be underestimated. According to Technopak, sales worth Rs.13,800 crore has been done through E-commerce in 2013 and the Indian home shopping has grewn by 6 per cent in 2013 to Rs.1,210 crore according to a statistics by Euromonitor.

Television shopping players like HomeShop18 and the oldest player TVC SkyShop has already reported profits. The other players Naaptol and Star CJ Alive are expected to make profits in the coming years. TVC Skyshop has reported profits of Rs.7.53 crore in the fiscal 2014 on revenue of Rs.250 crore. The company expects to increase the profit by 20 per cent by 2015. HomeShop 18 which has also got an online arm has reported a profit of Rs.15 crore from television segment. But the company which has filed for US listing has not found much success in online shopping and has suffered losses.

At a time when though there is an increase in the online shopping trend and major players like Flipkart, Snapdeal and Myntra have increased their sales it is difficult to say when these companies will turn profitable. Flipkart which recently announced that it has sold merchandise worth Rs.6,000 crore till March 2014, the venture has still not turned profitable. Myntra.com which is in talks with Flipkart for a merger deal expects to attain profitability by the end of 2014.

The television shopping players have been able to achieve these profits by selling higher margin items such as saris and kitchen wares. According to Manu Agarwal, founder of Naaptol “E-commerce is a different model based on discounts. Our model is about discovering deals with significant margins and then pushing them to the consumer.” The TV Shopping players are focusing more on unique products and private labels which are not ready available while the e-commerce players are betting on branded electronics and apparels.

Passionate In Marketing - July 3, 2020
0
IDBI Federal Life Insurance has recently announced the launch of its new video campaign for creating an awareness on the significance of financial planning....