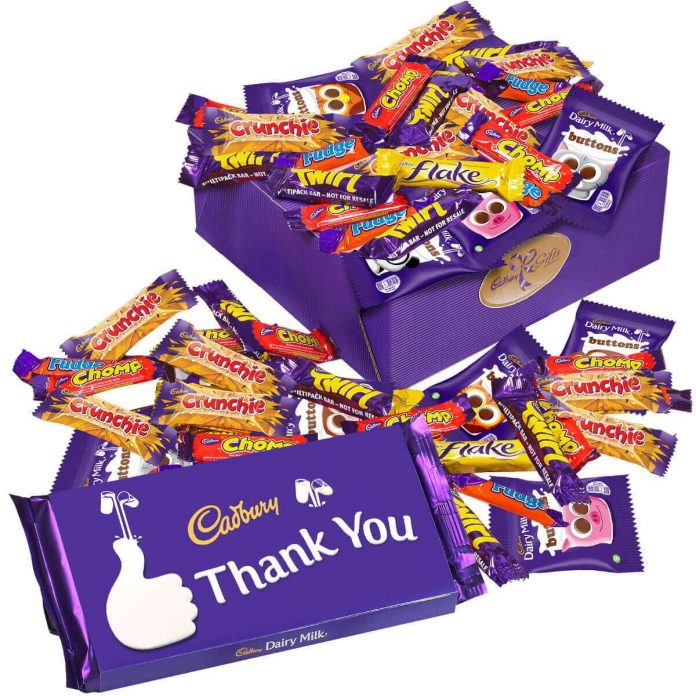 In its 70- year history in India, this is the first time, Cadbury Dairy milk has created a pack- innovation that replaces its logo.

Cadbury Dairy milk has recently changed its logo with the words, “ Thank You”. This is to show that the driver, the help, the security guard, the milkman, and a few countless men and women who go for their daily jobs without expecting praise or pats on their backs.

For people whose services are not acknowledged that often, here is a simple, generous act which melts the power distance between two individuals, those who are being served and those who are serving.

Mondelez India, partnered with Ogilvy India, has recently launched a limited edition Cadbury’s Dairy Milk – Thank You bars, by replacing the Cadbury Milk logo on the pack, in recognizing the generous spirit of country’s unsung heroes, especially during these tough times.

The Cadbury Dairy Milk ‘ Thank You’ bars will be launched in eight different languages; English, Tamil, Kannada, Malayalam, Gujarati, Bengali, Marathi, and Telugu, to convey the message of gratitude and support from everyone of us.

Mondelez India has also agreed to contribute from the sale of bars towards health insurance policies for daily wagers, partnered with Nirmana- NGO working with an unorganized sector.

Anil Vishwanathan, Director of Mondelez India, said on behalf of  launching Cadbury’s Diary  Milk  ‘ Thank You’ bars, “ As India’s  most trusted brand, we understand  the role Cadbury Diary Milk plays in consumer’s lives. The pack innovation represents the nation’s sentiment. The current pandemic situation has made all of us realize the value of the ones who run our cities, societies and lives. This launch is to serve a small tribute for their priceless efforts and  immense gratitude to these unsung heroes”.

The ‘Thank You’ bars are priced at INR 40 for 50 grams of quantity and  already available as a choice along with other Cadbury Diary Milk prices across most retail channels.

Passionate In Marketing - July 7, 2020
0
Mahindra and Mahindra, one of India’s biggest multinational vehicle and Manufacturing Corporation, launched their new brand logo and campaign “The Mahindra Classics”.