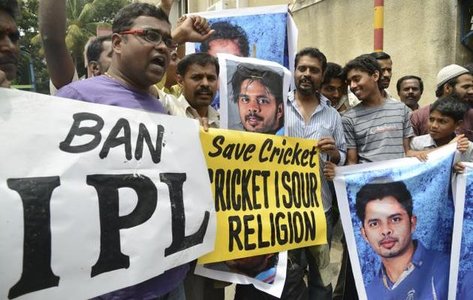 The details of spot fixing scam in Indian Premier League are hitting the news headlines on every day basis. Even though, the game is getting more and more publicity in a negative way. The expert from marketing and advertising world reveals that the IPL is actually benefiting from each controversy. Alike movies, IPL is also approached in a sensational manner. All these gossip and controversy enhances the excitement factor among audience.

More advantage is for the advertisers and sponsors of IPL as the revenue of each company rely upon the viewership of the game. The brands advertisement featuring alleged players will have to suffer certain amount of financial loss because of the withdrawal of those ads. But others will remain untouched by these scams. All major advertisers say that they will continue supporting IPL.

History of the game shows that controversies and IPL goes hand in hand. IPL lovers has come across seeing and hearing scandals of all colors from the beginning itself. The popularity of the game seems to increase day by day, which clearly states that no controversies can really disrepute IPL. Many broadcasters claim that the ratings of IPL are never affected by these controversies.

Sales professionals from top brands defend these issues by pointing out the controversies which occurred during FIFA World Cup. Now also the popularity of the game has not diminished. But still there are few companies who worry about the negative impact which may arise in the long run of the game. Some big sponsors are not ready to comment on the issue as the case is under investigation.

The owners, partners and other related to this game know that viewers will take it in a sporty way. Every scandal will create news and disappear with the flow. The brand IPL is in news for good and bad reasons every year. The entire game could not be blamed for the corrupted doings of one or two person. Players with commitment, dedication, passion and spirit towards cricket will increase the reputation of IPL. A stringent action against the corrupted players is necessary to bring back the glory of Indian Premier League. More over the real cricket lovers will be satisfied only with fair plays.