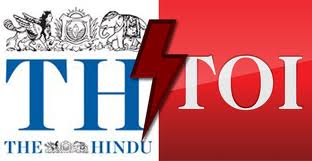 In my previous article “The Humor Angle In Ad making Part-1” I mentioned about how    creating & presenting Ads definitely requires planning and is a serious business .The ad   creators might think that their work is different and will bring more visibility to the product    but unfortunately  it brings more of controversies and less of fame and thus creates problem for the companies.

Few controversial Ads are as follows:

1. Amul macho: The tagline “Ye to bada toing hai ‘this was rated as the most vulgar and sexually explicit Ad, and got banned but worked wonders for the product from the sale point of view.

2.Set Wet Zatak Wildstone Deo: The ads from this product featuring women behind men who use the product in lines of AXE Deodorants. The ad has always been in controversies specially the one featured during Durga Puja caught eye of the Information and Broadcasting Ministry which rated it as suggestive and vulgar and asked the Ad Council to get it modified by the Ad creator and broadcast it only then.

3. Reebok: The Reetone shoes launched by Reebok did find a good response from the women customers since it claimed of toning the butt & thighs much efficiently with its regular use. But the print ads were not a welcome move in India. Since it featured women’s backsides, which seemed to be derogatory in Indian context.

4. TOI vs. Hindu: Head to head clash between the two big media houses was another big controversy. The TV commercial showed how Hindu news was full of boredom whereas Times was fast and had lively news. In turn Hindu mocked on the page 3 of Times of India through its commercial.

5. Sahara Q-Shop: Latest in row is the ad by Sahara’s New Q-Shop promoting “Adulteration free” retail shops. This ad shows all the leading players like Sachin Tendulkar with funeral pot, Yuvraj Singh digging grave, Virender Sehwag replacing cradle with Hospital bed. BCCI raised an objection for the ad and asked Sahara to withdraw the ad with immediate effect. Since, the ad shows Indian players in a morbid role and thus, this will have impact on the image of both the players and the cricket fraternity as a whole.

De-risking the ads from such controversies is quite important for firms to preserve their brand image in the long run. Creative agencies and firms need to put in a de-risking plan to mitigate such potential risks and concerns with any ad. An ad needs to be seen from a social angle and external environment perspective too just not from the internal product and service perspective.

[message_box title=”About the Author” color=”red”]Jaya is a Faculty Research Associate working with IIM Ranchi since 2010. She is interested to write in areas related to consumer behavior and branding. Views expressed here are purely personal.[/message_box] 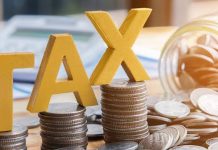