The ‘Spicy Fizz’ or the ‘Hottest drink’ is now the new version of carbonated drinks re-launched by Coca Cola, and they have done it by coming out with RimZim. This is basically a response to PepsiCo’s lemony drink; Duke. The Coke Company has once again proved to be one step ahead with its new strategy of increasing the customer base by focusing on the young Indians. If Pepsi is all about spirit of ‘youngistan’ then Coke is all about ‘masala’!

Well, that’s not all; the No.1 makers of carbonated drinks is also bringing about a twist with its new package for this drink. The company has positioned Coca Cola as “happiness in every drop” but now, it’s out to add more happiness with a ‘pinch of spice’ for its Indian consumers with “Har sip mein masala”.

Coke acquired RimZim in the 1990’s and was sold mostly in the states of Delhi, Punjab and Haryana. More fizz was added when the company took over Limca, Thums up, Gold Spot and the frooty drink Maaza. All these acquisitions prove how well Coke has catered to the Indian’s taste. Coke offers you the usual aerated fizzy drink, the lemony freshness with Limca, the ‘daring attitude’ with its Thums Up, and finally, yet again to dominate and spice up the Indian market with all its masala – RimZim. RimZim aims to meet the growing demands of the market and was aggressively advertised through radio before its re-launch.

As the company is focusing on the ‘Old is Gold’ paradox, the channels for marketing and brand enhancement are definitely in tune with these times. The marketers however feel that Coca Cola may seem widening their product portfolio, but in reality, the company aims for brand enhancement. The promising billion dollar aerated drinks Industry in India is having a modest growth rate of 4.5 percent every year and Coca Cola wishes to make a total investment of $5 billion by 2020.

Well, we have the colourless drink of Sprite, the ‘nimboo’ soda of Limca, Maaza for all the Mango lovers and now finally, the masala soda of RimZim. What more can Coca Cola offer?  When it comes to strategy and planning, Coke is not ‘fizzy’ but very clear.  It’s time to really see what Pepsi is going to do in days to come. Time for some spicy fight!. 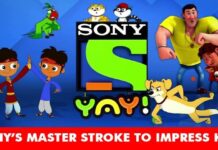 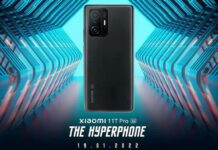