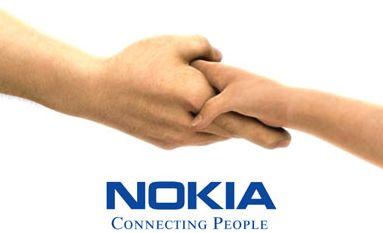 The Titan brothers Prometheus and Epimetheus are famous in Greek mythology and they both symbolize “fore- thinking” and “after-thinking”. Nokia was a great example of Prometheus since its inception. The company which started as a pulp-enterprise went on to move to its current occupation and went on to redesign its logo in the year 1992 as “Connecting People”. Yes, it did connect people in a better way and remained a leader in the market for several years.

However, there was something which went wrong and this resulted in the company losing its market. The company’s launching of low-priced Lumia and its shifting of base from Symbian to Windows created the change. Nokia cannot relax on the fact that its sale of Lumia phones went up in the Q1 of 2013 compared to Q4 of 2013 as there has been a dip in the sales of Nokia mobile phones in the market by about 30%. The company lost money in over six quarters and finally saw a profit of $557 million in the fourth quarter of 2012.

The present situation indicates that it is time for the company to revamp its strategies and also to try its hand on launching low-priced Lumia phones on Android platform and try to increase its sales at least by two to three times. It is time to adopt some wiser ideas to woo customers and win them back. The market is flooded with companies and the competition is ever increasing with other players coming out with newer models. Nokia needs to improve the class and intent to obtain a long-term leadership in the market. What is there in everybody’s mind is , will Nokia gain its popularity and win its customer’s back?