Salaries of Indian CEOs and other senior executives are expected to climb at the quickest rate in five years due to a scarcity of individuals to fill such positions, which is also raising pay for those they supervise.

According to human-resource consulting firm Aon India’s 2022 Executive Rewards Survey, which looked at 475 firms across 20 industries, CXO pay in India Inc. is predicted to climb by 8.9% in 2022, up from 7.9% the previous year. The results were announced on Wednesday.

According to Aon’s 11th annual Executive Rewards Survey, which was issued on Wednesday, senior executive salaries in India are expected to rise 8.9% in 2022 from 7.9% in 2021. The raise is the most significant in five years.

According to the report, the median CEO compensation for 2022 is Rs 7.05 crore, based on data from 475 companies across 20 industries.

Manufacturing leads the top five industries in wage increases for senior executives, with a 9.3 percent increase.

“Not only is the average executive compensation increase the highest in five years, but variable pay and equity grants have also increased as companies cannot risk losing key talent at senior levels as this has implications on delivering business performance,” said Nitin Sethi, partner and CEO, India for human capital solutions at Aon.

The average yearly long-term reward for CEOs is 125 percent of their fixed pay. The majority of organisations use a combination of performance and retention-based awards, with at least 50%.

The fifth-generation (5G) technology will also create new jobs in operations and maintenance, as well as in the sale of next-generation network services, according to Department of Telecommunications (DoT) secretary K Rajaraman.

“Because of the nature of its (5G) technology, the capabilities and provides, a new set of talents will be required, particularly in the development of use cases,” Rajaraman added.

Manufacturing leads the top five industries in wage increases for senior executives, with a 9.3 percent increase. According to the official, the introduction of new services will demand the installation of new types of network equipment, particularly in rural, isolated, and hilly areas. “As a result, we must promote the training of people to deal with this.”

The official went on to say that with 5G, the Internet of Things (IoT) use cases will explode.

“I believe they are merely a fraction of the broader industry use cases that 5G would spawn, such as narrowband IoT and many other types of IoT, which would be quite important.”

The chance The introduction of new services will demand the establishment of new forms of infrastructure. He also stated that possibilities for IoT technicians and persons who can operate captive networks should be made available. “These are some of the occupational categories that need to be established. 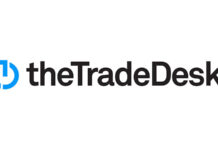 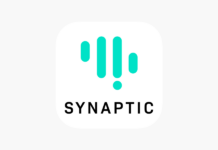 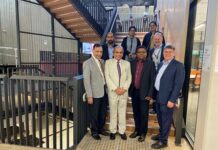 Deakin University, Australia signs a joint doctoral agreement with AcSIR, India to offer research opportunities in science and engineering for students in India and...