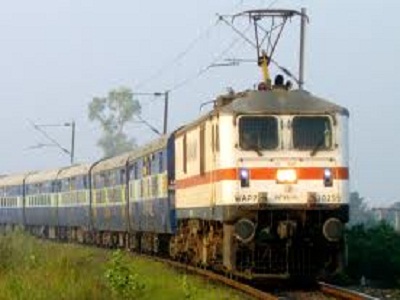 September 13, 2014: Here comes good news for those tourists who prefer trains for their vacations. The Indian railways department is all set to launch glass-domed coaches that will let commuters to enjoy speculator views all their way.

Initially, those commuters who take a train from Vishakhapatnam toArakuValleyin Andhra Pradesh will be the ones to avail this facility. The train that operates between the aforementioned regions will be equipped with couple of coaches that have windows and roofs that are built using a special shatter-resistant glass that will provide an all-round spectacular view of the valley. Such glass domed trains are operated by the train operators in Canadian Rockies andSwitzerlandto provide a great view for the travelers.

This train between Vishakhapatnam andArakuValleywill go through a 130 km distance for four hours. The latter is located at an altitude of 3,000 feet in theEastern Ghatswith thick forest that are known for their coffee plantations.

The glass domed coaches are an imitative taken by the Ministry of Tourism and this facility will be made available by the end of March 2015. After the successful implementation of the glass domed coaches in this route, the same project could be carried out in the trains operating over other scenic routes as well including the train between Baramulla and Qazigund inKashmirValley.

A senior government official has made it clear that there will be a great demand undoubtedly when it comes to theKashmirValleyas there are high tourist footfalls in the region. At first, the Araku train will be operated with such coaches in order to help the Tourism department to assess the demand. Based on the response of the passengers who will have to pay premium fares to enjoy such coaches, the project will be made viable to the other regions.

The Ministry of Tourism will shed around Rs 4 crore to the Indian Railway Catering and Tourism Corporation that is a unit of the Indian Railways to provide these air-conditioned coaches. In the pilot run, the additional fares to travel via these coaches will likely be 5 percent higher than the ordinary AC coach ticket rate.

The ultimate aim of launching such glass domed coaches in trains is to lure more tourists pushing them to explore newer places in the country. By promoting these initiatives successfully, the goal of the tourism department would be fulfilled.

Pizza Express to Open 50 Stores in India in Five Years

Flipkart is the most preferred Portal for Diwali season – Akosha...