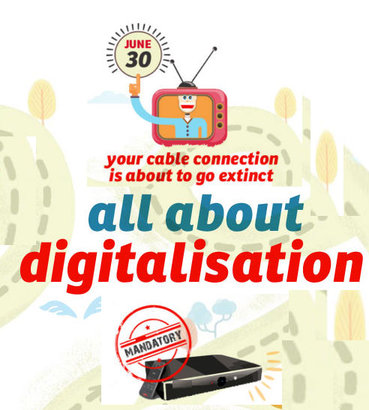 The lower house of the parliament of India (Lok Sabha) passed the bill for digitization of cable TV with an assurance that cable operators will not be affected by the move. The current scenario looks like the Government move has started yielding results. The broadcasters are claiming higher subscription revenue with the digitization process gaining pace.

The broader picture of the subscription revenue is yet to come while at least two of the broadcasters have revealed a revenue rise through subscription. Digitization of cable TV is still in its first phase in metros like Delhi, Kolkata, and Mumbai. Reports show that over 12.5 million cable subscribers have switched to digital mode.

The DTH- Direct to Home service providers are expecting the subscription numbers to raise after March. However, local cablewalas are playing foul by not disclosing the details of over four-fifth of subscribers. The feedback from broadcasters and multiservice operators suggest the same.

Broadcasters forecast a growth of 10-12 per cent with the digitization of cable networks. They also foresee an increase in revenue through advertisements. Broadcasters currently receive 30-35 per cent of the rentals paid by a user, and this is expected to grow when digitization of cable networks is complete. As of now, advertisements are the biggest revenue generators for broadcasters, and they contribute 80 per cent of the revenue, but this trend is expected to change with digitization.

The move to convert Analog TV into Digital by the Information and Broadcasting Ministry was to bring India in par with developed countries like U.S. and Britain. As a matter of fact, digitization is not only expected to bring subscription revenues, but also elimination of carriage fees from the ecosystem of broadcasting. This is expected to happen when complete digitization sets in. 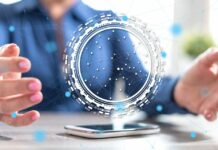 Author - January 12, 2022
0
Robots market expansion in the Asia-Pacific region is being driven by the adoption of robotics technology by various sectors.

Tesla increases FDS charge to increase to $12,000 in the US