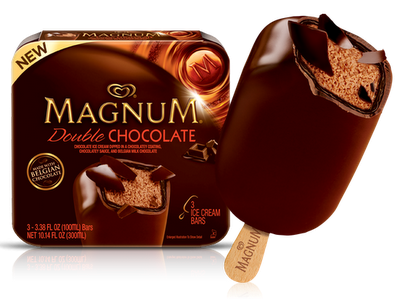 April 4, 2013: Come this summer you will witness the launch of world’s biggest stick ice cream brand in India. Unilever will be rolling out Magnum ice cream bars in India from next month on wards. The brand which accounts for nearly 2 per cent of the total revenues of Unilever will be catering to the affluent consumers of the country starting this summer. Unilever is the largest ice cream maker in the world and sells nearly one fifth of the total USD 85 billion ice creams sold in the world.

Magnum ice cream will be available in India by its Indian unit Hindustan Unilever and the Magnum bars will be available at Rs.75 apiece from second week of April. Hindustan Unilever will be launching these premium vanilla ice cream bars wrapped in thick Belgian chocolate shell first in Chennai. The company believes that the premium pricing of these bars will not anyway affect the consumption since the aspiration class consumers in India are ready to pay a premium for such products.

Magnum ice cream bars will be directly shipped from Unilever’s Thailand factory and will be sold in India through supermarkets, ice cream parlours and other retail outlets. These ice cream bars which are now sold in more than 50 countries after it was first launched in US in 2011 will be tweaked to the taste buds of Indian consumers.

Passionate In Marketing - July 2, 2020
0
When the demand for hand sanitizers rose, considering the spread of COVID-19 brought about by the novel coronavirus has led to an...