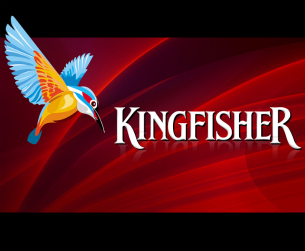 March 27, 2013: Before Indian Premier League (IPL) 6th edition kick starts on April 3 there is a lot of euphoria surrounding the contest. The teams are all gearing up for the season which is shrouded in some controversies as well, the recent one being when Tamil Nadu Chief Minister shot off a letter to Prime Minister that the state will not allow Sri Lankan Players to play on their soil. The marketers and franchisee teams are planning out their marketing strategies aggressively so as to make maximum impact.

United Breweries (UB) which owns IPL Team Royal Challengers though has been facing tough times with its Kingfisher Airlines is also increasing its marketing spend this year. UB is planning to increase its marketing spend by at least 10 per cent. The company is looking forward to increase the involvement of the consumers and increase the involvement of consumers with the players never than before. UB’s Senior Vice-President, Marketing, Samar S Sheikhawat, said, ““It is India’s single biggest reality show and we have found a right platform to promote our Kingfisher brand.”

UB generally promotes the Kingfisher brand during IPL as this is the peak season for beer and they invest about 16 per cent of its ad spend during the season. The various marketing activities planned by UB during the present season of IPL include putting up 200 hoardings across the country to promote Kingfisher mineral water. The company has also planned a contest i.e. Kingfisher Bowl Out where a prize money of Rs.1 lakh. UB is coming out with a new campaign which will be played on TV and radio and they plan to use the digital media extensively this time.

Passionate In Marketing - August 2, 2020
0
Bajaj Auto, India’s leading manufacturer of two-wheeler and three-wheeler is already starting to see a strong re-growth in demand together both international as well...