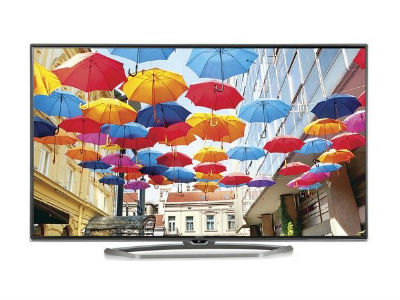 August 28, 2014: On Wednesday, Videocon unveiled a 4K Ultra High Definition LED smart television. With this new range of products, the firm appears to target a market share of 20% from the existing 16% as far as the Flat Panel Display (FPD) segment is concerned. This new product appears to hit the stores across the country by September and it will come in five different sizes ranging between 40 and 85 inches with prices starting from Rs 91,000.

When it comes to features, the new lineup of TV provides aspects like 3D gaming and face recognition. Also, the LED display has 8.3 megapixels rendering it four times increased pixel count than the conventional FHD panels and eight times higher than any HD LED panel. Moreover, this TV lineup can connect with the N Screen interface of smartphones allowing users to run the content on the smartphone on the LED TV and vice versa.

Talking about the 3D feature, the gaming enthusiasts and movie buffs can view the content on the LED TV in 3D. Also, there is support for 3D gaming along with motion sensing feature that provide a complete gaming experience. Moreover, there is an in-built app store that will definitely provide an enhanced experience to the users.

It has to be noted that the Videocon 4K UHD LED TV range has a strong set of connectivity features powered by Home Cloud technology and N screen that will allow the users to share media from their smartphone to the LED TV via Wi-Fi. Furthermore, the Wireless Display (Intel WiDi) provides effortless streaming of movies from the smartphone to HDTV.

The presence of MHL interface allows the users of the Videocon 4K UHD TV to connect any device such as smartphone, tablet or any portable gadget and charge the latter. Also, this way they can view the content stored in the device on the 4K screen. Interestingly, the Videocon 4K UHD LED range carries the credit of being the first ‘Made inIndia’ MHL enabled LED.

It has to be noted that Videocon is planning to announce a new 4K Ultra HD era by adding more models to the 4K lineup.

Datsun rediGO hatchback to go on sale in May 2016

Web and Mobile Driven Sales of Food Ordering on the Rise

India Will Be Third Biggest Automobile Manufacturer by 2020