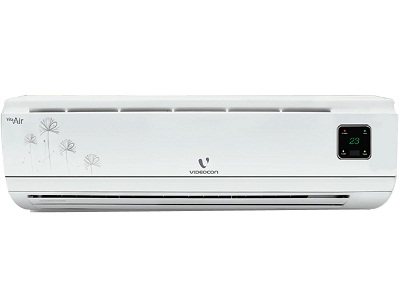 Videocon, the home appliance manufacturer announced that it is looking to achieve a market share that is more than twice its existing one of 12 percent in the AC segment by the end of this year.

Regarding this, the Country Head of AC at Videocon, Sanjeev Bakshi told that the firm is looking forward to increase the AC sales by around 2.5 times. It is in plans to expand the distribution penetration as per the requirement. He further added that Videocon is in the aim of doubling its selling points to 9,500 by the end of this year from the existing one standing at 4,500.

The firm has launched a new range of ACs and it is also setting up a new manufacturing unit inMadurai, Tamil Nadu that will be the second largest manufacturing facility of the consumer durable firm. Largest such unit of the firm is located in the state ofMaharashtra.

Regarding this, the executive claimed that theMaduraimanufacturing facility will be operational by the end of this year. Apart from manufacturing ACs, thisMaduraiunit will also be involved in the manufacturing of refrigerators, televisions and mobile phones as well.

Bakshi stated that the firm is all set to increase the total production capacity to six lakh ACs in this fiscal year. The production capacity of the other unit that is located inAurangabad,Maharashtrawill be doubled. Eventually, the unit will be making four lakh ACs from the existing 2.5 lakh units, whereas the soon to be operationalMaduraiunit will produce two lakh units.

He further claimed that there are 65 new AC models right now while it was 36 in the last year. The increase in the models and their quantity is claimed to help the firm reach its target of achieving a market share that is over two folds.

The entire AC market in the country witnessed a growth of 15 percent from the last year all over the country. It is also expected that around 40 lakh AC units will be sold this year.