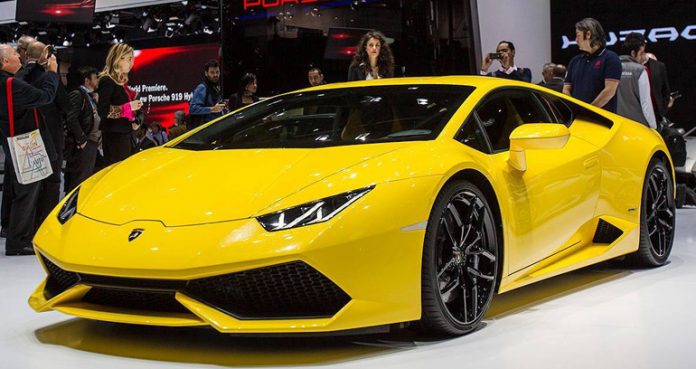 August 2, 2014: Named after a 19th Century fighting bull from Alicante, Huracan from the Lamborghini stable is all set to be launched by the owners Volkswagen group in India. Huracan with an all-new chassis, a new electronic nervous system and a new seven-speed dual-clutch box is estimated to be priced at Rs.3.2 crore and would be launched in India in the latter half of the year. According to sources, the pre launch orders globally have already crossed the 1000 mark.

To talk about the features of Lamborghini Huracan, this luxurious car is said to be 10 per cent lighter than Gallardo as its hybrid chassis is made from carbon fire and aluminium. Apart from it being 50 per cent stronger than Gallardo, Huracan is claimed to reach 100 kmph in 3.2 seconds against 3.4 seconds by Gallardo. The car which has got full LED lighting technology has got dual clutch and dynamic steering. Its magneto rheological suspension will ensure comfortable city driving with the ultimate sports car experience.

Lamborghini Huracan has got an Advanced Network Intelligence Management (ANIMA)
switch on the steering wheel which allows the driver to switch between three modes. The three modes available to the driver are Strada, Sport and Corsa. The controls in the cars like indicators and wipers are integrated into the steering and there are no control systems behind the steering.

Volkswagen with the launch of Huracan would be trying to fill the gap left by Lamborghini Gallardo. Lamborghini in India has sold 22 units in 2013 as against 17 units in 2012. Lamborghini would be facing a stiff competition in India from sports car manufacturers like BMW and Audi who are doing extremely well in the Indian market. Luxury car maker Mercedes has also done well in the first half of the year in India.