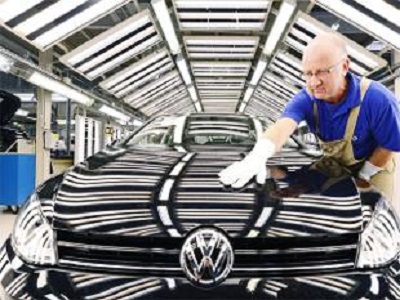 Until last week, Volkswagen was a manufacturer that provided the confidence that is the world’s best auto maker with an international brand that appealed to the customers. It was also highly trusted for its German engineering and affordable pricing. Since then, the fortunes and share price of the company started crashing amid a scandal related to rigged emission tests. Here is a look at it.

The researchers at the West Virginia University conducted many tests on various diesel vehicles. They found that two models from Volkswagen – the Jetta of 2012 and Passat of 2013 rendered high emissions that the permissible limit. Their findings were reported to the US Environmental Protection Agency as well as California Air Resources Board in the last year. However, Volkswagen stalled the same by blaming the technical issues for the problem. Later, the manufacturer skirted clean air rules as it cheated on tests of diesel cars. The CEO of Volkswagen, Martin Winterkorn apologized that he was sorry that he broke the trust of the customers as well as public.

The diesel vehicles are efficient that the ones that are powered by gas, but they emit high levels of nitrogen oxide that results in ozone buildup and respiratory diseases. The manufacturer let its diesel cars in the US by cheating the emission tests with software. This helped in releasing less nitrogen oxide during the tests, which is not the case in the real world conditions.

The stock price plunged by one third in the last week after wiping billions off the market value. The manufacturer has to pay a potential fine of $18 billion in the US, but the real figure is likely to be lower if the maker cooperates with the regulators. However, the company groups as well as shareholders might have already threatened to take legal action against it. Hence, Volkswagen can expect lower sales as the buyers will steer clear its vehicles.

Volkswagen has to face three major challenges – meeting the emission rules to satisfy the regulators, rebuild the customers’ trust that was tarnished and restore the investor confidence. As per a recent report, the manufacturer is in plans to offer a free fix to the 11 million vehicles that are affected and the customers will be contacted soon. Dheeraj L Y - August 11, 2022
0
Following a productive 20-drawn-out stretch at Sony Pictures Networks India (SPNI), Rohit Gupta ventures down from his job as the Advisor to...