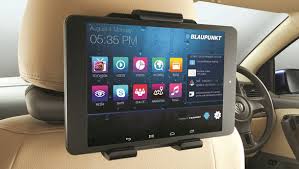 Aug 19, 2014: On Monday, Germany based car manufacturer Volkswagen announced the launch of a limited edition sedan model called Vento Konekt in the Indian market. This vehicle is priced roughly between Rs 7.84 lakh and Rs 9.8 lakh ex-showroom. It appears like Volkswagen is trying to replenish the sales of Vento in India with this limited edition sedan. The car maker has launched this new limited edition in two different variants such as Comfortline and Highline respectively.

The Vento Konekt arrives with a slew of various features such as GPS navigation and hands-free, Blaupunkt infotainment system, 3G Internet connectivity and Bluetooth enabled telephony. The model not only includes the aforementioned connectivity and digital infotainment features, but also Igo-Navtech maps for navigation. Furthermore, there is a 7 inch TFT touch screen color display and USB connectivity features along with iPod/iPhone compatibility into the centre console.

There is rear seat entertainment system featuring Android based Bluetooth enabled Blaupunkt tablet with 8-inch display and connectivity features such as 3G, Wi-Fi and dual SIM functionality. With these aspects, the rear seat occupants can watch up to 16 channels of live television, weather updates, live stock market feeds, internet radio and more. In addition, there are social media applications such as Twitter, Facebook, video calling with 3G data connectivity, Google Maps navigational feature and an exclusive Volkswagen app to find out the nearest dealership or service center.

On the interior design aspect, there are certain design elements that make the Konekt different with the other regular variants in the Vento lineup with leatherette seat covers, Konekt badges on the boot and scuff plates.

When it comes to the pricing aspect, the petrol Vento Konekt Comfortline and Vento Konekt Highline of the limited edition sedan are priced between Rs 8.02 and Rs 8.97 lakh, whereas the diesel variants cost between Rs 9.19 and Rs 10.02 lakh respectively. These are the ex-showroom pricing inNew Delhi, while the pricing in the other regions are subject to variation.

Road ahead for Xiaomi in India, looking to increase offline market...

IKEA, to enter India without cafes and restaurants

Gartner see future in location and mood based ads

From conventional advertising to conversational marketing

Amul – No Change in Taste of India!