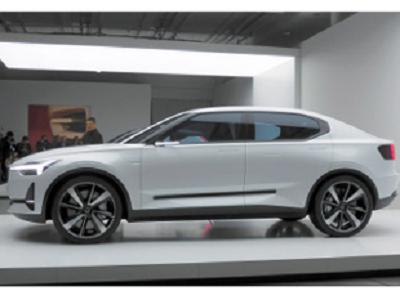 Volvo Car Corp, the Swedish car manufacturer is looking forward to step up its play in the country’s luxury car market with the announcement of a series of compact models from the next fiscal year.

The first models in the compact model category will be a SUV with the codename Concept 40.1 and a sedan that is called Concept 40.2. Last week, Volvo unveiled compact cars in the 40 series at its headquarters located in Gothenburg, Sweden. The vendor will out the same against the rival auto manufacturers’ entry-level premium models including Audi A3, Audi Q3, BMW X1, and Mercedes-Benz GLA. This is an attempt to gain volumes in the Indian market where these are driven by urban and young customers.

The entry-level luxury cars that are launched by German makers carry price tags from Rs 26 lakh in India. Peter Mertens, the Senior VP for R&D stated that the entry-level SUVs are quite significant for the Indian market. He added that they are witnessing a lot of growth from the BRIC countries including Brazil, Russia, India, and China in this segment.

Both the concept cars will get into production in Belgium in 2017. The launch in India will happen in six to eight months from the commencement of the international deliveries.

Besides SUV and sedan, the vendor is also planning to develop a hatchback in the 40 series. Volvo has decided to have new energy alternatives for the car lines that were developed on the new CMA platform.

Hakan Samuelsson, the CEO of Volvo stated that the platform has been developed for electrification. They can develop plug-in hybrids and fullelectric vehicles with 350 km range on it. Volvo is aiming to have a million electric vehicles running on the road by the year 2025.

In the next few months, Volvo will introduce a hybrid variant of SUV XC90 in India. The 40 series cars will be based on the new CMA platform and it is a part of a strategy to boost the sales of Volvo to 8,00,000 units per year by 2020.

Passionate In Marketing - July 9, 2020
0
The technological advancements in entertainment industries help in improving almost every aspect of entertainment systems. In earlier days people use a few...