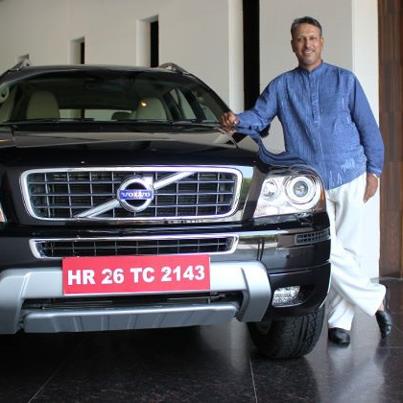 April 10, 2013: Volvo which sold 276 units in the first quarter of 2013 and is looking forward to sell 1,100 units in 2013 has signed Jeev Milkha Singh as its first brand ambassador in India. The automaker which has been selling four vehicles in India i.e. S60, S80, XC60 and XC90 has already seen a 140 per cent increase in the number of vehicles sold when compared to last year. Volvo since 1984 has been having a long standing association with Golf and the association of the Swedish car maker with Jeev Milkha Singh also has been long.

The association between Jeev and Volva dates back to 2006 when he won the Volvo Master Championship and thereby became the second Indian to win on the European tour. The car maker which is looking forward for more new launches in India including the V40 Cross Country aims that Volvo’s association with golf which is played by top executives and industrialists will give them a good reach among the potential Volvo customers.

Jeev as part of his brand association with Volvo will be driving a Volvo XC90 and the company feels that this vehicle will give him luxury, safety and comfort. It also has got ample boot space for his Golf sets.