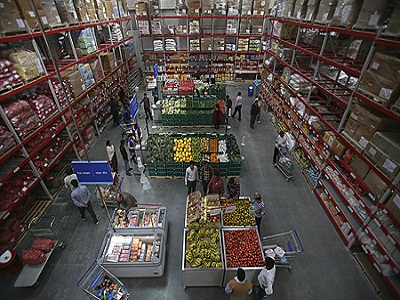 The Walmart Best Price outlet will replace the existing Ione Carrefour wholesale store in Agra. According to sources famililar with the development, Walmart has taken possession of the property on which the Ione Carrefour store is operating from its landlord and the retailer is in the process of opening a wholesale outlet early in 2015.

Furthermore, a Walmart India spokesperson has also confirmed that it will be opening the second outlet inAgra, but if the outlet will come up in the same property where Carrefour, the French retailer is operating remains unconfirmed.

Regarding the opening of its second outlet inAgra, the spokesperson of WalmartIndiaclaimed that the firm has received all the internal approvals that are required to open a new store in the city. He added that their team is working forward to procure all the relevant licenses and permits that are needed to have the store running.

Notably, Carrefour announced in July that it was pulling out ofIndiaafter operating a cash and carry chain with five stores almost for four years.

TheUSretailer, Walmart operates a fully owned cash and carry venture in the country and it bought 50 percent share of its former local partner Bharti Enterprises prior to this. Now, the retailer claims that it is in plans to add 50 Best Price wholesale outlets spread acrossIndiain the next four to five years. As of now, Walmart operates around 20 Best Price stores in the country.

Walmart stalled its expansion phase in late 2011 and ever since then this newAgraoutlet will be the first store that the retailer will be opening in the country after three years. The expansion plans were halted due to internal probe and the retailer had to take efforts to strengthen its compliance of Foreign Corrupt Practice Act, an American law that forbids US listed firms from indulging in corrupt practices overseas.